Building in Ballarat and Western District for 70 years 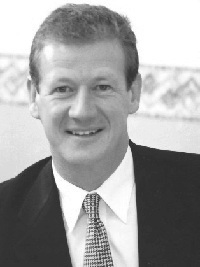 The 1st  of April. For many that means to be ready for a joker to surprise you.

However, this 1ST of APRIL 2022 marked 72 years since Bill Flynn commenced his building business. Born on 12/11/1930 he started his building career on 1/4/1950 in his 20th year. After some time Bill (a carpenter) banded with his brothers Jack (a bricklayer) and Michael (a painter) to form Flynn Brothers. They traded for some years before disbanding due to economic downturn.

His early years saw him building soldier settlement homes in the Western District. From there he built various housing projects in the Ballarat region. He has grown a successful business constructing many public buildings and projects over a long time and built up a property portfolio.

We remember the journey and celebrate 72 years of our building business. Carmel and I have been here for the last 32 years and have carried the baton on.

We don’t think Bill would be happy about the current status with the economy in a mess and businesses  shut down, left right and centre,  but he would have continued on as he did all through his life, just dealing with whatever cames his  way.  Virus or no Virus, just kept going.

We want to thank all those that have supported us along the journey.  It's been a hell of a ride.

Specialising in commercial projects which include schools, hospitals and public buildings, W.M. Flynn are accomplished builders, capable of carrying out numerous sizeable projects throughout Victoria.

"Our company has been recognised by the Master Builders Association of Victoria (MBAV) as delivering excellence to the building industry, having been awarded four MBAV Regional Awards and acknowledged for 50 years membership in 2017.
Our organised approach enables us to successfully co-ordinate and administer the various stages of a projects' development. Our team of experienced and qualified staff bring to each project a sense of dedication and loyalty. We are totally focused on getting the project completed to everyones satisfaction. We are committed to constructing buildings on time and to a high level of quality, with each project regarded as a recommendation for the next." Peter Flynn - Director.

50 YEAR MEMBERSHIP OF MBAV
At a ceremony in November 2017 our company marked the milestone of 50 years continual membership of the Master Builders Association of Victoria.  The...
News Archive