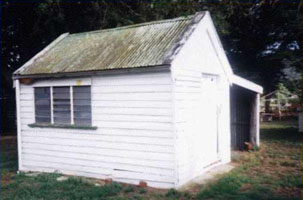 Bill Flynn was born in 1930 and grew up in Dunnstown, 20kms East of Ballarat. One of 8 children, life was pretty tough and getting an education was even tougher. Bill attended St. Patrick’s College for a year and then Trades School at the School of Mines, Ballarat. He started his working life as an apprentice to builder A.J. Wilson who subsequently built one of Ballarat’s significant land marks - the Arch of Victory. He then continued his apprenticeship with S.J. Weir at which he stayed for 5 years.

During the late 1940’s, Bill and one of his brothers Jack worked together building and bricklaying odd jobs in and around the Western District. Michael, another brother, helped out as well.

On the 1st of April, 1950 - Bill sold his motorbike and traded it in on a French Ute called an Auburn. This was the financial beginnings of his business and ask Bill about that ute and he always replies – “hell it could go.”

Bill and Jack decided to take a risk. They won a contract to build Soldier Settlement houses in Lismore. They stayed in the shearing shed on Lake Ettrick Estate near Lismore. Laurie, another brother, worked on these houses as well. Jack was the bricklayer and as there weren’t many bricks in the houses of that era he eventually made a decision to head in his own direction and so he and Bill parted ways. As Bill says “life was hard going in those days.”

Bill was still living at home and at 20 years old had hit the road running. The first shed he built to store his equipment in (not that he had much) is still standing behind the family home at Dunnstown. (See photo)

As timber was very scarce, Michael and Bill bought the Brown Hill Saw mill in Brophy Street, Ballarat East. This enabled them to stay in Ballarat and start building spec. homes around the newly developed Wendouree area. Most homes were sold before they were built. The timber from the mill went into these houses. Michael ran the mill for nine years then decided to start his own professional painting company.

Bill then made the decision to move out of housing and into commercial work. He has constructed this type of work ever since, schools and hospitals mostly. “I built the first shire offices in Gillies St Wendouree. It was opposite the Monastery. The Shire of Ballarat staff use to work in Learmonth. We handed it over to the Engineer and that same day he died. He never even got to work in it, the poor bugger. It’s all long gone now”.

Bill’s first office was his parents’ house in Dunnstown. He then set up an office in his own house in Grandview Grove, Wendouree. He moved to the current office in College St Wendouree on May 11, 1974. He joined the Master Builder’s of Victoria in September, 1967.

One of Bill’s building highlights was the redevelopment and extension of the St. Arnaud hospital in 1966. The job went for over 18 months. Underpinning several parts of the hospital and a rebuild. An enormous amount of work in the times when men had to work hard with no electrical or hydraulic machinery.

In 1990 Peter, one of Bill’s 6 children, returned to Ballarat from studying a Bachelor of Building at R.M.I.T . He has contributed enormously to the growth and development of the business.

The business of W.M. Flynn Pty Ltd has continued to grow and develop through early days of tough and extremely meagre beginnings. In Bill’s own words again – “It doesn't get much tougher than that”.  Bill died after having had a wonderful, fulfilled life at the age of 82, on the 11th October, 2013. 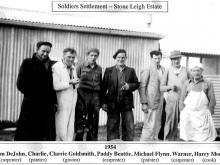 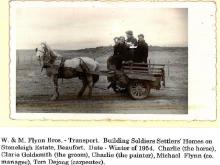 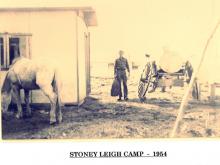 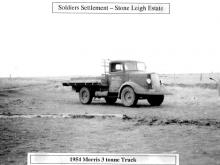 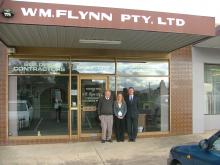 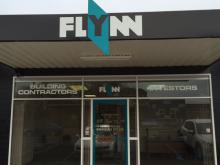