It was with great surprise that Bill the founder of W.M. Flynn Pty Ltd was awarded the Medal of the Order of Australia on Australia Day 2012.

Bill was presented with his medal at an awards ceremony held at Government House, Melbourne on the 20th April, 2012 by The Honourable Alex Chernov, AC, QC, Governor of Victoria. The following article was published in the Ballarat Courier on Australia Day 2012.

As one of the Ballarat community's hardest working advocates and long-time councillor, BILL FLYNN knows the city inside out. Mr Flynn was awarded the medal of the Order of Australia for service to the community and the Catholic Church in Australia through administrative roles. Mr Flynn was born on 12th November 1930, fourth generation of a first settler in the Ballarat District. He attended St. Brendan's Primary School, Dunnstown then St. Patrick's College Ballarat, going on to the School of Mines to carpentry. He began his carpentry apprenticeship in 1945 with S.J. Weir Master Builders before commencing business with his brother in 1950 and forming the construction company W.M. Flynn Pty Ltd. He also founded and managed a successful investment company that has developed and nurtured properties. As a councillor of the shire of Ballarat from 1976-1994, including two as shire president, Mr Flynn shared his administrative experience with organisations as varied as the Central Highlands Regional Library Service and the Catholic Men's Dinner Club for more than three decades. A Ballarat High school board member for twenty-one years, Mr. Flynn also served as a member of the North West Awareness Group, the Apollo Bay and District Health Foundation, Dunnstown Football Club, the Alfredton Branch of the Liberal Party of Australia and the Wendouree Branch of the St Vincent de Paul Society. Mr Flynn has had a significant involvement in the Catholic Church, both at parish and diocesan level over many years. He is a dedicated member of the Foundation for the Diocese, which provides ongoing funding for the works of the Diocese. With six children and nine grandchildren, Mr Flynn and his wife Molly have been kept busy for many years. "I have been involved in all sorts of things - any public organisation or event, I always wanted to be involved," he said. "If you're going to do a lot of public things in your life, you want to have a very patient wife. He said his years as a shire councillor were the busiest and most satisfying, with many expectations placed on elected representatives. "It is a great honour and I am proud to have received it as a member of the Ballarat community." Mr Flynn said. 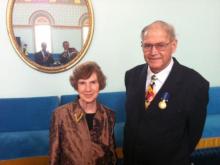 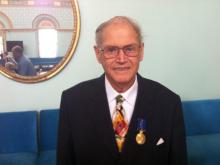 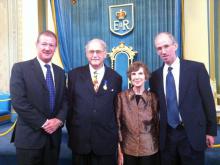 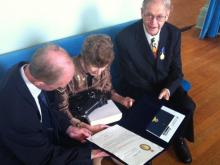 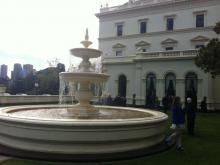